If you’re new to First Church, or new to this whole church thing, we’ll never single you out or make you feel out of place. You can stay completely anonymous or get connected right away – the choice is yours; we just want you to feel welcome! Here are some basics to help remove some of the awkwardness.

We have service on Sunday morning at 9:30am at 136 Main Street in Sandwich, MA.

There is limited parking behind the church building. On Sunday mornings you can also park at the Sandwich Public Library, just two buildings down on Main Street for free.

Come as you are! Some people will be in jeans, others in dresses. Some of our older attendees wear ties. Kids are in Pats jerseys during football season!

Our worship service is about an hour long. Children are always welcome to stay or attend Sunday school during worship. There is music, prayer, a message. We pray the Spirit will move you and you will be inspired!

First Church Sandwich is an Opening and Affirming Congregation of the United Church of Christ.

We are a warm and welcoming faith community open to all who wish to join with us in our faith journey. In the spirit of Christian love we affirm the dignity and worth of every person. We offer each individual the opportunity to participate in every aspect of our church life and to share together the costs and joys of Christian fellowship regardless of their social or economic condition, race, ethnicity, physical or mental abilities, age, gender, marital status or family structure, sexual orientation, gender identity and expression, theological or political ideology. As a Christian congregation we affirm that all people are created equal before God, that each individual is a child of God, and that we love one another as Christ has loved us.

To learn more about any of our staff members, click on their profile picture. 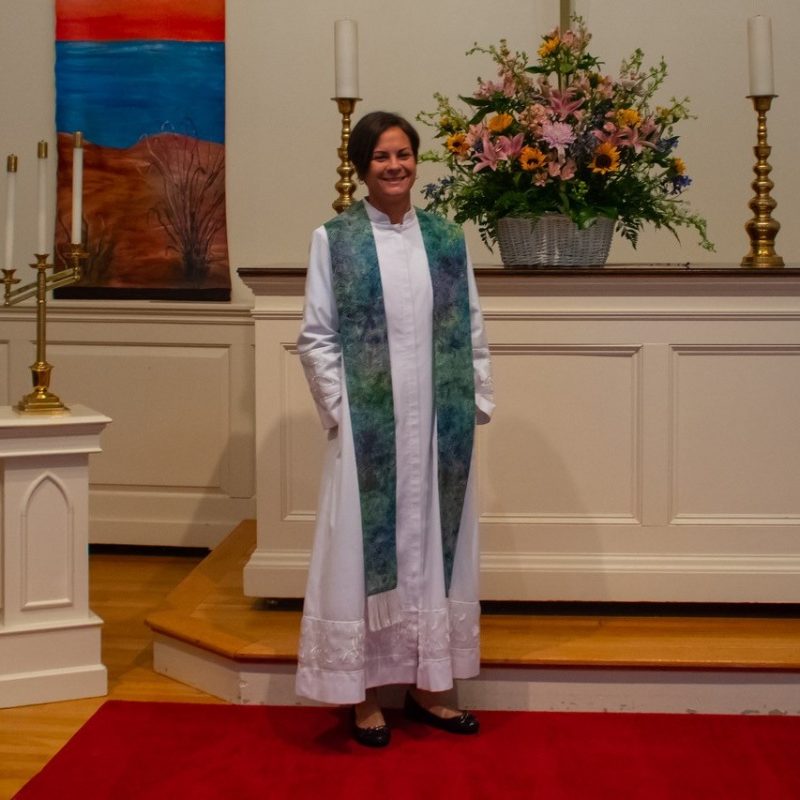 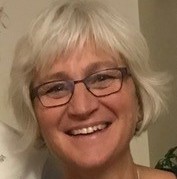 Minister of Faith Formation and Service 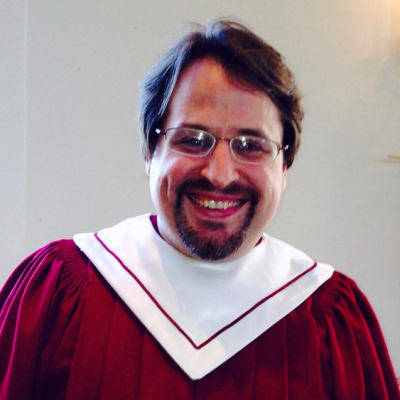 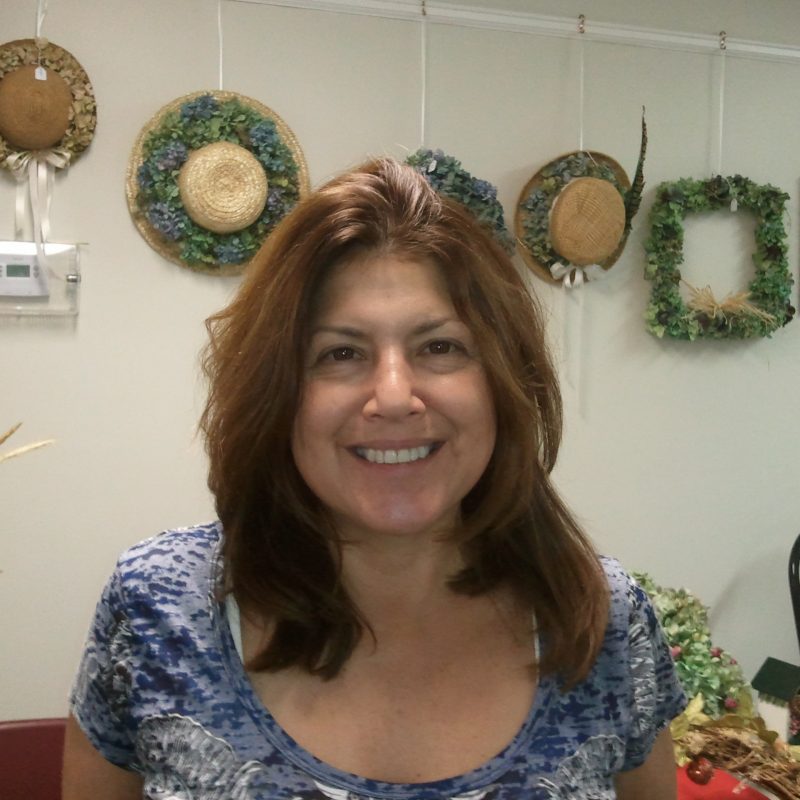 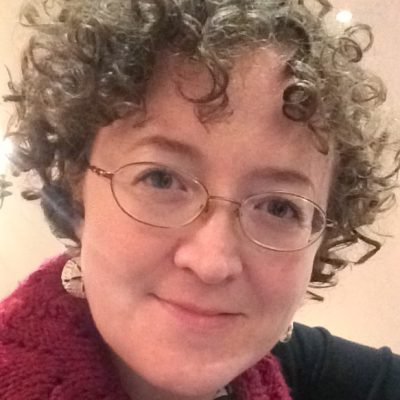 First Church Sandwich, United Church of Christ works and prays to bring God's love into this world by celebrating word and sacrament; by nurturing, care-giving, and fellowship; by teaching the Love of God and neighbor; and by promoting justice and peace.

We believe in you, O God, Eternal Spirit,
God of our Savior Jesus Christ and our God,
And to your deeds we testify. You call the worlds into being, Create persons in your own image and set before each one the ways of life and death. You seek in holy love to save all people from aimlessness and sin. You judge people and nations by your righteous will declared through prophets and apostles.

In Jesus Christ, the man of Nazareth, our crucified and risen Savior, You have come to us and shared our common lot, conquering sin and death and reconciling the world to Yourself.  You bestow upon us your Holy Spirit, Creating and renewing the church of Jesus Christ, Binding in covenant faithful people of all ages, tongues and races.

You call us into your Church to accept the cost and joy of discipleship, to be Your servants in the service of others, to proclaim the gospel to all the world, to resist the powers of evil, to share in Christ’s baptism and eat at His table, to join Him in His passion and victory.

You promise to all who trust You Forgiveness of sins and fullness of grace, Courage in the struggle for justice and peace,
Your presence in trial and rejoicing, and eternal life in Your realm which has no end.
Blessing and honor, glory and power be unto You. Amen.

The First Church of Christ in Sandwich

This lovely white structure may well be one of the most photographed churches in the United States. It may be seen as a backdrop for Elvis Presley’s 1960’s album, How Great Thou Art. The second on this site, it was built in 1847; and is deeply and dramatically interwoven with that of its sister structure just down Main St. (no the Yesteryears Doll Museum). Together, the two churches represent an unbroken line of development in the process of worship and town affairs since the founding of the village in 1637.
All Cape Cod towns were founded by people unhappy with the Boston-area Puritans. The Mass. Bay Colony area was becoming crowded with thousands of new settlers, while the older Plymouth Colony received no new immigrants, and had vast tracts of land available for development. Accordingly, Sandwich, Barnstable and Yarmouth were settled – largely with Mass. Bay Colony people. The area, the march and the stream, were all called Shawme after the clan of Wampanoag Indians who lived here and who sold the land title.

There was a large proportion of settlers here who had little sympathy for the official Calvinist theology and “blue-law” type of community discipline favored in Plymouth and Boston. There was, in fact, a good deal of turbulence in the new settlements; and this was further polarized with the coming of the English Quakers with their new religious message. This proved to be just what the dissident liberal families needed – a new faith to join and rally around. In 1657 18 families became Quakers in Sandwich, forming the first and one of the largest groups in America at this early date, which held regular meetings from then on in spite of savage fines and punishments. Later, the Quakers became more accepted and proved to be no threat, and freely paid their taxes.

In 1694, Roland Cotton (first cousin of Dr. Cotton Mather) was ordained, and served as minister. In addition to his salary he was granted lands to remain if he stayed, plus the rights to whales stranded on Sandwich beaches. About 100 yards to the east of the meeting house on Main Street. The Cottons built the finest house in town (on the site where the Dan’l Webster Inn lies).

Cotton built a new meeting house in 1703 near Main and River Streets with a separate tower. This tower soon housed the famous Capt. Adolph Bell, cast in 1675, and donated by Adolph’s widow in gratitude for finding and interring her husband’s body after a shipwreck.

Peter Adolph’s life was lost in a shipwreck in 1703 in Cape Cod Bay while en route from New York to Boston. His body and those of his crew were washed up on East Sandwich or Scorton Beach and received a Christian burial. The Captain’s grave marker is in the Old Town Cemetery. Roland Cotton recovered identification papers and wrote to the widow in New York, advising her of the tragedy and burial. The widow then sent the town a bronze bell to be used in the meeting house. Possibly she wanted the tones of the bell to be heard where her husband lay buried. It was an unusually affectionate and beautiful tribute.

The bell was used until after the meeting house was enlarged in 1756, when it was found to be too small. It is now an object of display in this church along with its dramatic story.

In 1756, one Titus Winchester, is chiefly remembered as being the last slave in Sandwich. He refused his freedom until his mater, a former clergyman, died, Titus then went to work as a ship’s steward, saved his money, and returned to Sandwich. In his Will in 1808, he presented funds to the church with interest to pay for a steeple clock. This clock remained in use for over 60 years, and people called its one black face and deep tones “Old Titus”.

At the beginning of the new nation, after the Revolution, brilliant Calvinist preaching was the ideal in the dominant Congregational Church; but new tides of change were in motion and new evangelical religions were spreading (Methodists and Baptists). Calvinism, as adopted by the Puritan churches in New England stressed Predestination – that man was evil and was dependent on Divine Grace to save him. For most, Hell was likely. The American Puritans were extremely conservative and orthodox; but the Protestant was from Martin Luther on included a variety of views from extreme liberalism to strict conservatism. The Methodists, who came to Sandwich in 1796, preached salvation through faith in Christ alone – a totally different thing from Predestination.

When in 1800 the clergyman, John Burr, began to preach hard Calvinistic doctrines contrary to his wide liberal background, the people rebelled. Many stayed away from church, and one nailed his pew shut and boarded over the top. In 1813, the Burr supporters split and built a chapel on the site of this present church on land sold by James Dillingham, who lived next door in the Dunbar House; and the Calvinistic Congregational Society in Sandwich was legally incorporated in February of 1814. The American Unitarian Association was founded in 1825 and the First Congregational Church joined it and became the First Parish Church, Unitarian in Sandwich (at the site of the Doll Museum).

By 1833 Town financial support of the Parish Church had become meaningless and was officially dropped in Massachusetts by State law. This was the final “disestablishment” of the old Puritan Church from the responsibility of being protected by the State and local government. That same year the Town of Sandwich built a new church, as theirs had been torn down.

This present building was decided on in 1847 due to the enlarging membership and to the need for expensive repairs to the old one. Its graceful design was in stark contrast to the former plain square or rectangular meeting houses built up until then. Its spire design is often spoken of as reminiscent of the London spires designed by Christopher Wren. At its dedication in 1848 the Sandwich Observer reported, “We can only say that the house is thoroughly built of the best materials and after a beautiful plan; and that it is fitted up in as good style as any house in the country. The cost is $6,000.00” The Sandwich Unitarian Church enlarged its membership and maintained itself as a separate church until the 1918 Federation merger with the Methodists and Congregationalists.

In 1861 an excellent organ, built by & G.G. Hook, was installed for the sum of $675.00. The Hook brothers opened shop and built their first organ in Salem in 1827. Only five two-manual organs built by E. & G.G. Hook before 1850 are known to exist in relatively intact condition. All of these five have manuals which go down to G. but only one other than the Sandwich organ still has a G compass pedal board.

By World War I the Sandwich population had shrunk drastically and the three central Protestant Churches had combined. In 1918 the Methodists, Unitarians and Congregationalists formed the Sandwich Federated Church. For several years services were held for three-month periods in each structure. It was then decided to user the Unitarian Church for worship since it was the easiest to heat. A few summer services were held at the Congregational Church; however, each of the three parent churches maintained its own legal identity.

The Methodist Church was sold in 1927 to the Masonic Lodge. Meetings of the Federated Church were shifted over to the Congregational building (new United Church of Christ) in 1960 following installation of a new heating facility. The Unitarian Church was sold in 1965 and is now the Doll Museum. When the Unitarian Society tried to pass title they found there was no deed available since it was the direct inheritor of the meeting house that had occupied that site since the first settlement in 1637.

Like all new England towns, the religious history of Sandwich has taken many twists and turns depending on the economy, history – and the winds of change.

The beauty and serenity of our church is timeless, and continues to speak to us of the past; and the past is the foundation of the present and the future.

Have a question?
We are Caring People, Sharing God's love. Have a question about First Church or need more information? Drop us a line and we'll get back to you as soon as possible!